Moncks Corner, SC (November 16,2021)  The Town of Moncks Corner is proud to announce that it is one step closer to a traffic signal at the corner of US Highway 52 and Foxbank Plantation Boulevard. “This is going to be huge for the residents of Foxbank and for the parents of Foxbank Elementary students,” declared Mayor Michael Lockliear. “I know it’s been a long time coming, but this will make life so much easier for those in Foxbank and on 52.”

On November 16, 2021, the Town passed the first reading of an amendment to the Foxbank Commercial Development Agreement. Under the terms of the amendment, a procedure is put in place for Foxbank’s Commercial developer, Twin Rivers Capital, to begin the process for constructing a traffic signal at the corner of Highway 52 and Foxbank Plantation Boulevard.

The first step is a new traffic study. The last study occurred in 2019 and a signal wasn’t warranted, but with the recent construction of Parker’s Kitchen and Cinco de Mayo, Town Community Development Director Douglas Polen believes that the new analysis will warrant a traffic signal. “I have been speaking with the developer and SCDOT, and it looks like the traffic numbers are finally high enough to allow a signal there,” says Mr. Polen.

The traffic signal analysis is just step one, cautions Mr. Polen. “Even with approval from SCDOT, it will take months to design and construct a traffic signal, but at least now there is a light at the end of the tunnel.” 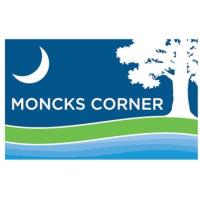